We used a restoration company to clean our townhome after the Marshall Fire. Our independent IH testing came back with evidence of lead on our walls and dioxins in our carpet. Our insurance company agreed to seal and paint our walls and ceilings, and replace our carpeting. In the process of cleaning, they damaged our hardwood floor finish, which they will pay for, but it is delayed until August because it took them so long to take responsibility for the damage. Because of their poor work and the damage that they caused, we do not want them in our home again. The painter will remove the lead from the walls with cleaning (that meets EPA standards) that is performed before the sealer is applied. The restoration company says they have the right to clean the lead, which will be an additional charge to the $42,176 that we owe. We negotiated $23,249.78 off the original bill ($65,125.92), because of the errors and lack of cleaning that we could prove. I can’t find anything in the contracts that say I need to let them clear our property, but I haven’t had any legal review of these contracts. We have a lien date of 7/5 if we do not pay our bill. Do I have to let this company back in my home to clean? We do not want to pay the negotiated bill until our floors are refinished and they have been paid for by the restoration company. This means they will put a lien on our property. Is there anything we can do to move the lien date? They moved it from May to July, but this doesn’t help us since we do not want to pay them, until our floor refinishing is paid for by them. What are the negatives to having a property lien for 6-7 weeks, if we pay the restoration bill after the floors are completed? 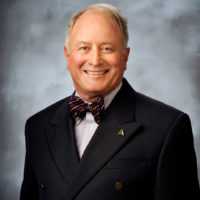 This is a great question…or set of related questions, on a complex subject. First, sorry for the hassles you’re having here.

If your insurance company referred the contractor to you, this is their problem as well as yours. I realize you signed the contractor’s work authorization, but your carrier may have this restoration contractor in a “preferred service provider” program with them. If that is the case, the contractor guarantees to the carrier that you will be satisfied, or they won’t get paid. You should ask that question.

Having explained this, it may not matter if they’re on a PSP if you won’t allow them back into your home, which of course is your prerogative. The carrier will only pay for the work once, and if you’re not satisfied and you don’t want them back, the carrier will not pay anyone to come in a fix their mess to the extent that it’s more money than they’ve already agreed to pay.

The fact that you’ve already negotiated a reduced payment for the work looks to me like you were willing to pay them that negotiated amount to get rid of them. As far as the additional $42k, if the carrier is willing to pay this additional amount, you are free to hire anyone you wish to do the lead abatement. Just make sure the new contractor will do it for the same amount, or you’ll have an issue with the carrier.

Insofar as the damaged floor is concerned, the only way you can get the contractor to fix the damage is to let them back into your home to do the work, or, get them to agree to pay the contractor of your choice to come in and do it. This is not a carrier issue unless the contractor is a PSP.

As far as the lien is concerned, unless you’re selling your house, it’s a cloud on the title and must be cleared up prior to closing. If not, and if the lien is properly filed, it’s not a big deal now, but you’ll need a lawyer to resolve and negotiate a release of the lien once the contractor’s paid. Again, if it’s a PSP, carriers don’t like those contractors putting a lien on their insured’s properties over a quality of work dispute, so drag them into the middle if it’s a PSP.

Sorry for the wordy answer, but, as I said above, it’s a complex issue that may require a lawyer if you can’t work it out with the contractor.